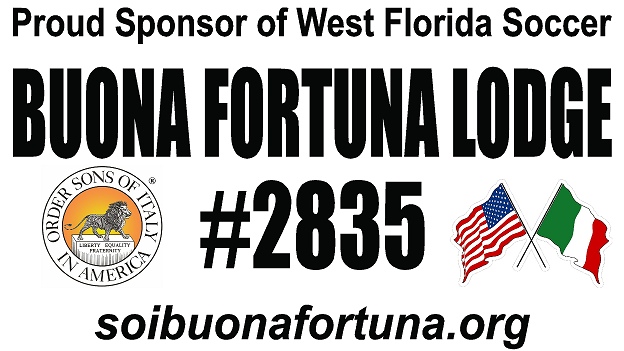 Buona Fortuna is a sponsor for the West Florida Soccer Club. The West Florida Soccer Club is a private soccer club for boys and girls and the club is located in Pace, Santa Rosa County, Florida, but games are played in several surrounding counties, depending on the schedule. The soccer players are between the ages of 8 and 16. The club’s goal is to develop each and every players’ soccer skills, character, and self-esteem to his or her fullest potential. 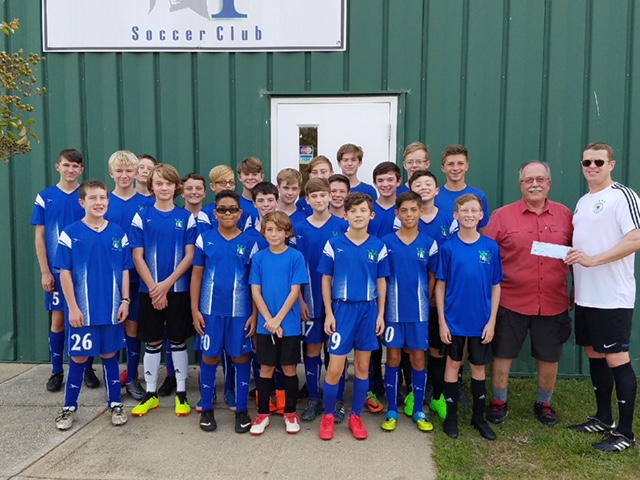 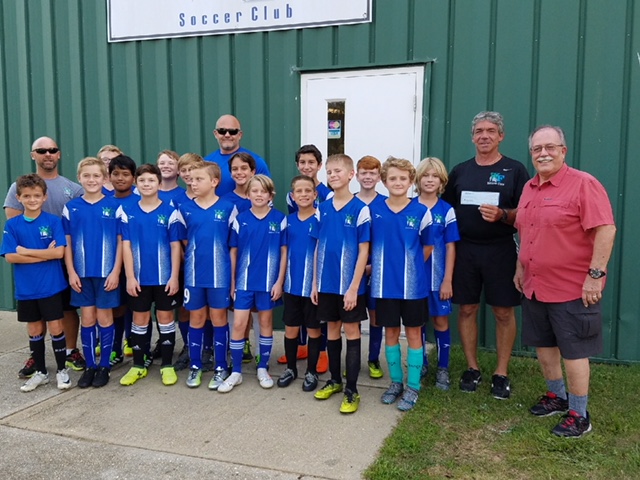 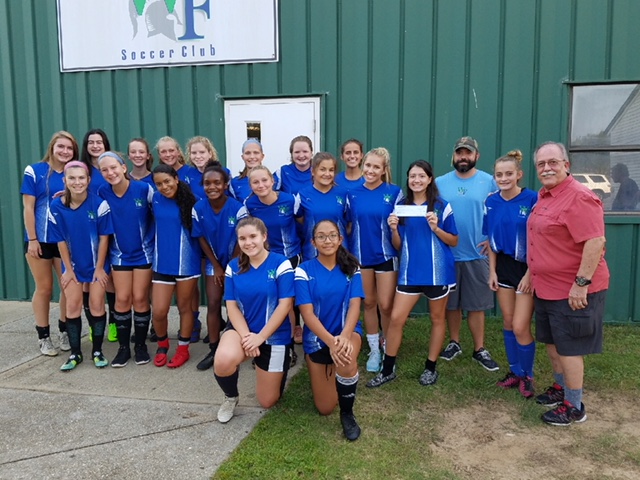 Only April 11, 2017, Buona Fortuna President Joyce Russo Bollenbacher and Sports Sponsorship Chairman, Andy Fricano presented the club with a donation and a sign for the field with the Buona Fortuna logo. Buona Fortuna is honored to be a sponsor for this wonderful sports program located on our community. 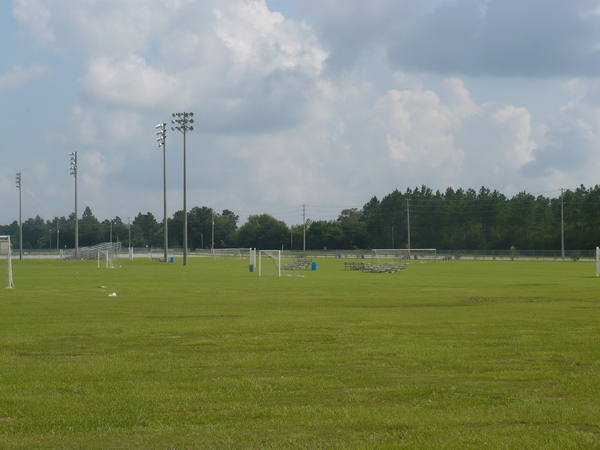 The club will include Buona Fortuna Lodge on its website and Facebook page and will display the Buona Fortuna sponsorship sign (4′ x 5′) on the field where they play. 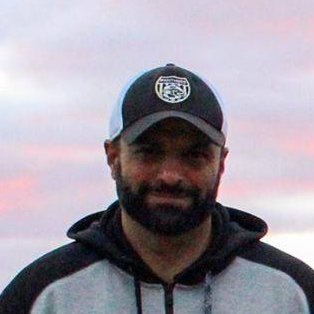 “Coach Louie” as he is known, is one of the finest soccer coaches in the Southeastern United States. A native of Turkey, Coach Louie holds numerous soccer licenses including the highest licenses in many organizations. Including the USSF A License, Turkish FAA License, NSCAA Premier Diploma, and the world’s highest, the UEFA “A” License. Coach Louie has trained and is responsible for producing some of the best players to ever come out of the panhandle. Through 25 years of coaching, he has sent numerous players to programs like Florida State, University of Florida, University of Central Florida, Mississippi State, and the University of West Florida. Coach Louie also is an assistant coach with the University of West Florida women’s soccer team, where he helped them win the 2012 Division II National Championship. 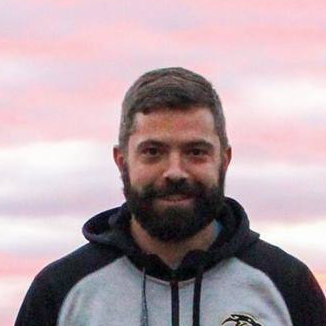 Coach Jeff Klug has been with WFSC for the past 7 years. He holds a B.A. in History from Louisiana State University and M.S. in Physical Education from the University of West Florida. He has also attained many soccer coaching licenses; including but not limited to an NSCAA Premier Diploma, USSF National B License, and NSCAA Goalkeeping Diploma Level 3. During his career, Coach Klug has coached dozens of players who have gone on to play at numerous colleges including Mississippi State, The University of West Florida, Columbus State, Darton College, Spring Hill College, University of Houston-Victoria, Berry College and the University of South Alabama to name a few. He is also a teacher and the head women’s soccer coach at Milton High School. During his tenure as coach, the program has transformed from one of the worst to one of the best programs in the panhandle. Including a school record 16 win season in 2016. This is particularly nice, noting that a majority of the MHS varsity players play at WFSC. 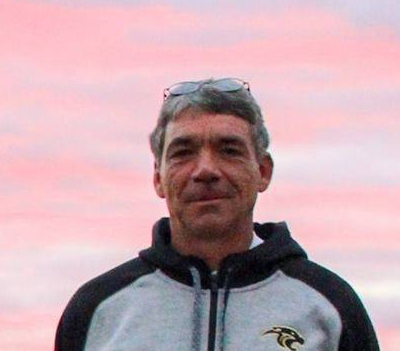 Coach Scott has been with WFSC for the past 7 years. During his time in charge of the goalkeepers at WFSC, he has produced some of the best goalkeepers to play in this area over the past 7 years. Including a Pensacola News Journal Player of the Year and an NCAA Division II All American. Coach Scott holds numerous soccer licenses including Goalkeeping Advanced National Diploma, NSCAA Advanced National, and USSF National C License. Coach Scott is also a very valuable assistant varsity soccer coach with the Milton High School women’s soccer team. 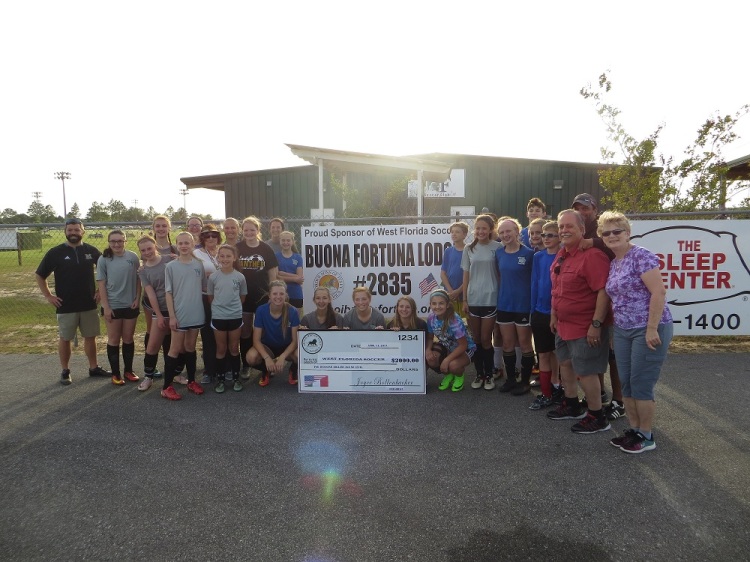 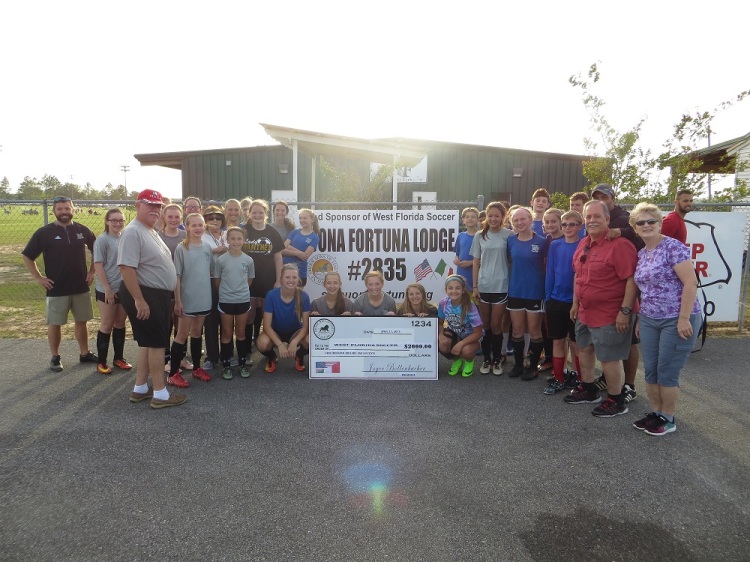 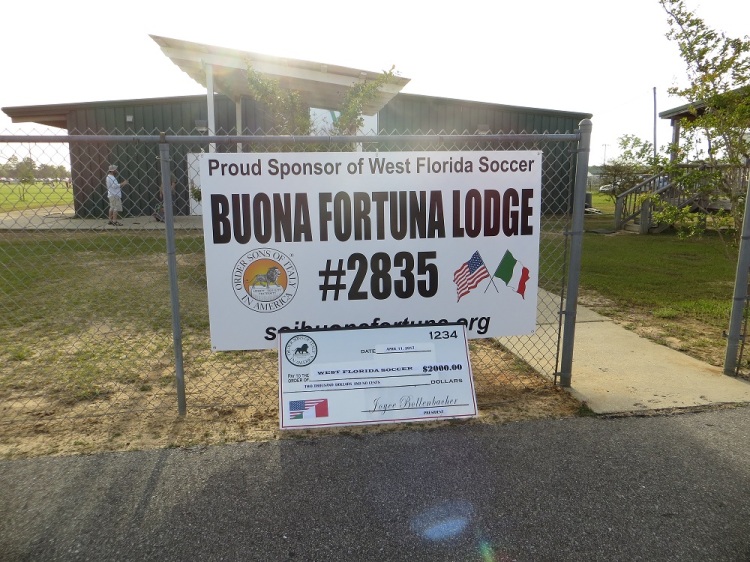 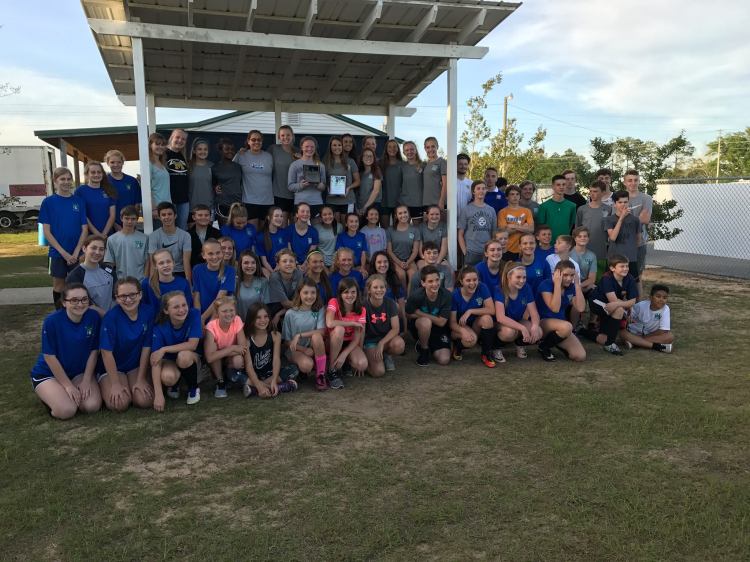 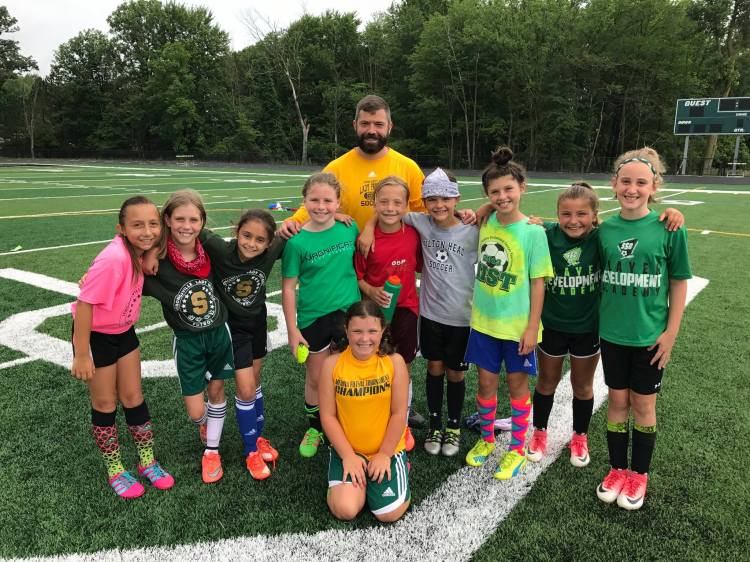 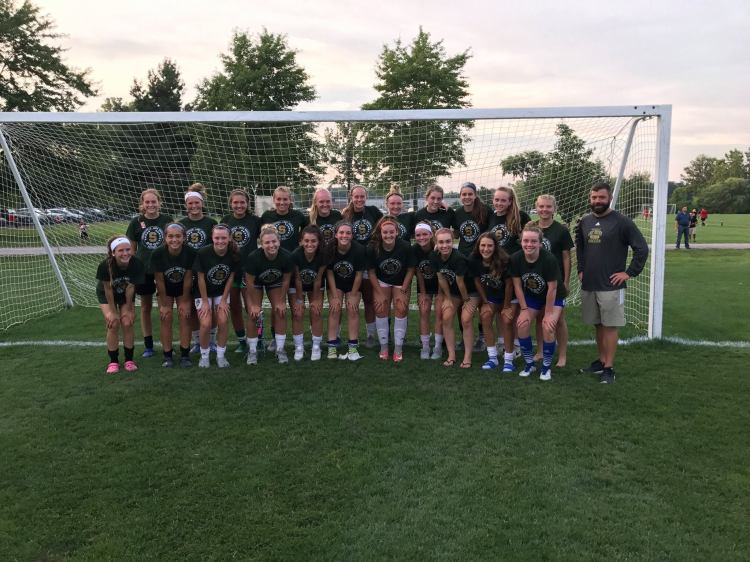 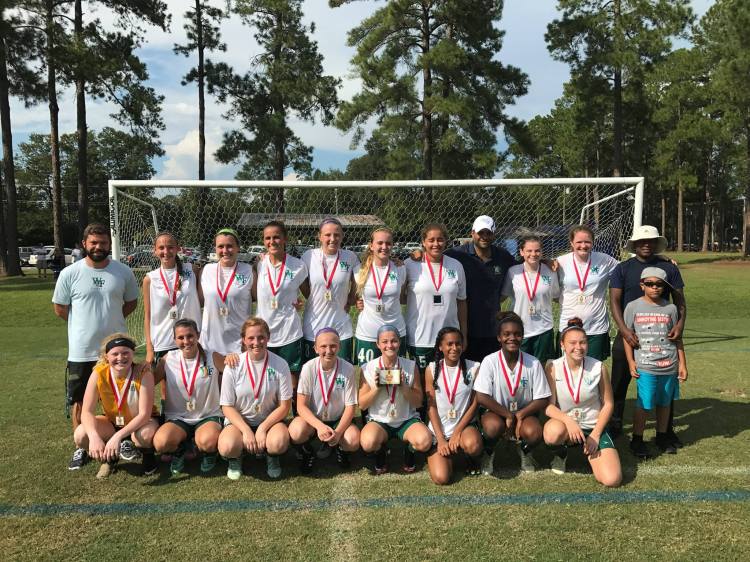 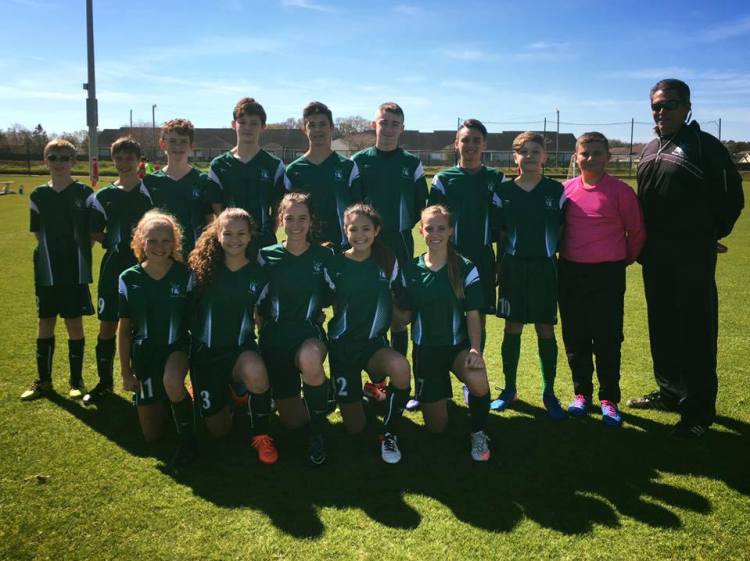 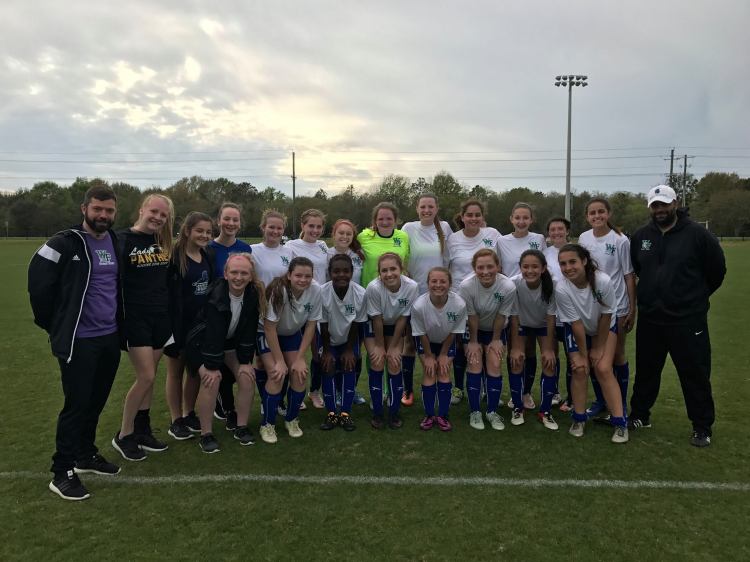